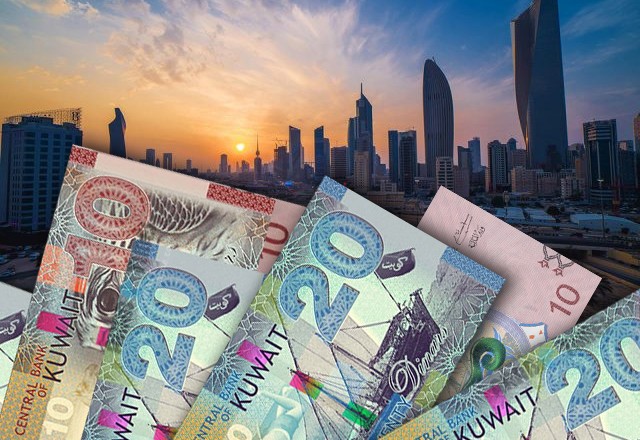 
KUWAIT CITY, March 17: The Speaker of the National Assembly, Marzouq Al-Ghanim, has confirmed that he has been informed of the decision to send him to the prosecution for violating health rules while celebrating his victory in the 2020 legislative elections.

On the other hand, the rapporteur of the parliamentary committee on priorities, MP Osama Al-Menawer revealed that the government had put the bill on public loans on its list of priorities, indicating that it was unacceptable to grant a blank check to the government to borrow 20 billion KD payable in 20 years. He said the government did not explain how to spend the loan and how to pay it.

He revealed that he did not agree on the launch of a new era in which Kuwait would be subject to globalization, pointing out that only Kuwait and one other country had not borrowed from international financial institutions. . He explained that depending on oil to pay off the loan is not guaranteed due to unstable oil prices and political conditions. He then asked: what if the Strait of Bab Al-Mandab was closed and prevented the export of oil? He warned that the loan would be a major stab in the economy and damage the value of the national currency.

At the same time, the Committee on Budgets and Final Accounts examined on Monday the budget of the Public Authority for Applied Education and Training (PAAET) for the 2021/2022 financial year and the final accounts for the 2018/2019 and 2019 financial years. / 2020. The chairman of the committee, MP Badr Al-Mullah, pointed out that the PAAET budget reached 323 million KD, or 14 percent more than the previous year.

Al-Mullah also stressed the need to fill vacant PAAET positions as the number of students increases – around 54,000 at present. He said the number of staff had declined by 439 over the past four years as there were 297 vacant teaching staff positions expected to be filled by Kuwaitis. He revealed that the committee found that some vacancies were for specializations that don’t exist, while other departments are suffering from a shortage of speakers and no announcements in this regard have been made. He called for more transparency in the publication of job vacancies.

He added that the committee will later meet with Minister of Finance and Minister of State for Economy and Investment Khalifa Hamada to hear his justification for the violation of relevant regulations that prevent the transfer of money from one budget item to another as happened with PAAET. . He said overtime pay and summer school reward have reached KD 24 million and that this requires more audits, pointing out that the Bureau of Financial Controllers (FCB) has not approved such spending in due to the violation of Civil Service Commission (CSC) regulations and the inclusion of supervisors for the recipients of these incentives. He went on to say that the committee noticed that PAAET had issued tenders and signed contracts without consulting the Central Public Procurement Agency (CAPT).

He revealed that the violations included the renewal of the contract of a transport company to transport students with a steep increase in fees – from 27 KD to 40 KD per day. He pointed out that PAAET had been requested to provide the State Audit Office (SAB) with the necessary documents regarding violations of the scholarship program for students enrolled at the American University of Athens, which is not not accredited according to the verdict of a Kuwaiti court. He added that the committee discussed PAAET construction projects such as establishing new branches of colleges and institutes in Sabah Al-Ahmad and Jaber Al-Ahmad areas to accommodate nearly 15,000 students.

He clarified that although the designs have been completed, execution is delayed and the new institutes were supposed to open in 2022, but that will not happen in light of the aforementioned circumstances. He said PAAET had one month to respond to comments from oversight institutions; otherwise, its budget will not be approved.

In addition, the housing affairs committee deliberated Monday on a number of proposals submitted by deputies. The chairman of the committee, MP Fayez Al-Jomhour, revealed that the committee had approved the proposal to reduce the price of land granted to the citizens of Khaitan from KD 15,000 to KD 5,000. He said that the committee also approved the suggestion to cancel the condition that prevents beneficiaries from exchanging plots among themselves; as well as the proposal to continue paying rent allowance to citizens who have received homes until utilities and facilities like electricity, water and the like are connected to their homes.

MP Thamer Al-Suwait called on Interior Minister Sheikh Thamer Ali Al-Sabah to refer to the prosecution as the latter has attended many meetings and occasions where health rules have been violated, including funerals . Speaking to the Minister, he asked, “Who has misled you that what you do is decisive? It’s madness and playing with fire. Al-Suwait stressed that lawmakers would not cooperate with the government.

Why should women be the primary or co-applicants when getting a home loan?