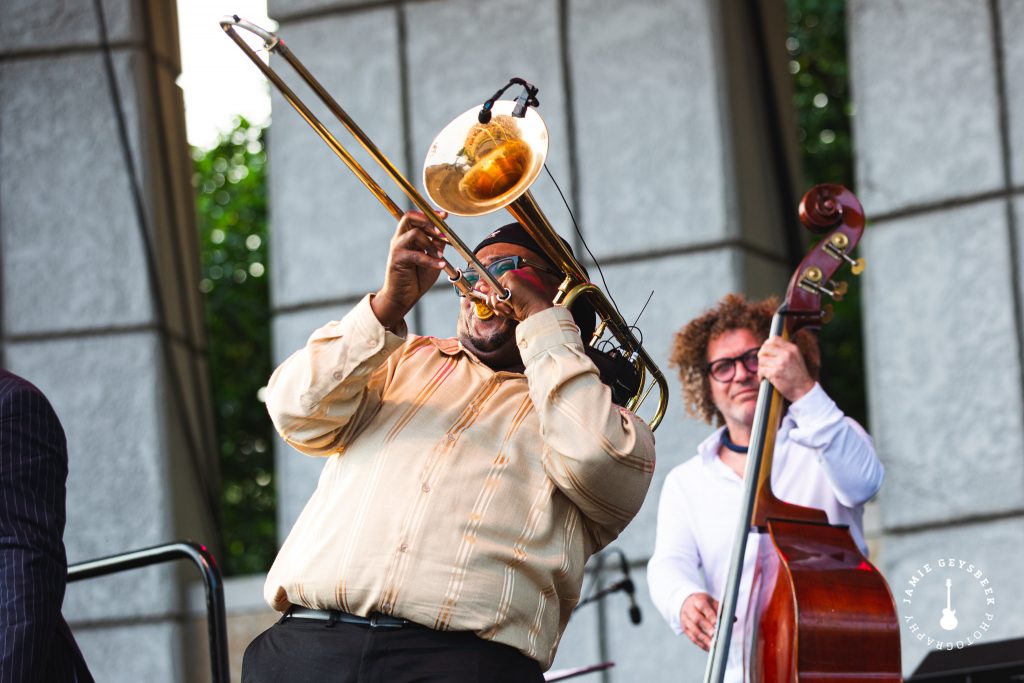 The legendary New Orleans band teamed up with Grand Rapids Symphony on Sunday night for an upbeat mix of jazz and classical performed under clear skies and perfect temperatures. Reviews, photos.

SCROLL DOWN FOR PHOTO GALLERY

Support our coverage of
The West Michigan Music Scene

Known, but never fixed, Preservation Hall Jazz Band was a fitting act to kick off the much postponed but still popular Sunday summer concert series at Frederik Meijer Gardens and Sculpture Park.

Infused with New Orleans legend and lore, the Preservation Hall Jazz Band can be seen as a proxy for Crescent City itself, representing the city’s resilience, tenacity and zest for life that care has forgotten. . What better band to welcome music lovers to the reimagined amphitheater on Sunday night after a staggering 667 days since the last main performance of the summer concert series.

(Technically speaking, Ralston Bowles, The Accidentals, and Roosevelt Diggs were the first to welcome music fans back earlier this month for the Tuesday Evening Music Club, but Sunday was the first main gig.)

The circle has come full circle, Preservation Hall Jazz Band was the last band I saw performing live before the pandemic hit fans. I surprised them in October 2019 in Boston as part of their “A Tuba to Cuba” tour. It was fantastic. 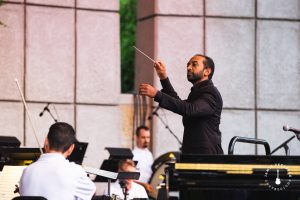 While this wasn’t technically the last live performance I enjoyed before the lockdown, it was the last full band, with dancing, close crowds, and strong vocals. And at my lowest points in 2020, I wasn’t sure we would ever return to these things. Often times I’m really happy to be wrong.

The band’s performance under clear skies at Meijer Gardens – with just under 1,200 people in attendance for the opening of a series delayed by more than a month due to COVID – was the first time I enjoyed the live music since it became an option again. I would be lying if I said it wasn’t moving to see these talented musicians come together, reconnect with the stage and the nuance of sharing their gifts with a bunch of strangers.

As bassist / tubist / creative director Ben Jaffe pointed out, this was only the fourth time the band have performed together in almost a year and a half. Six months ago – even three months ago – they weren’t even sure the performance could take place. It was a privilege to be part of an icon’s return to the fray, and if they felt out of practice, it just didn’t show.

A FUN AND RICH MUSICAL FLY BETWEEN THE TWO GROUPS

The seven-piece group performed for about an hour before leaving for a brief respite, when the Grand Rapids Symphony took over as part of Meijer Gardens’ new relationship with the local arts organization.

Sameer Patel, originally from Michigan, led the symphony for about 15 minutes of upbeat classical music before the group joined in again for over 40 minutes of a rich and upbeat musical volley between the two groups. (And a tip of the hat to our hometown musicians for attending Sunday night’s event; we’re fortunate to have so many talented musicians with us). 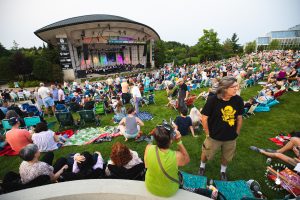 Return of the amphitheater: It was not sold out, but the fans took advantage of the perfect weather. (Photo / Jamie Geysbeek)

A particularly meaningful rendition of ‘Keep Your Head Up’ from 2019 and a closer show ‘Go to the Mardi Gras’ were among the musical highlights of the evening.

Of course, it wouldn’t be summer in West Michigan without a little disagreement over how to position your body during a gig. The pandemic meme, “Nature Heals,” came to mind as I watched one fan chastise another for daring to stand up and dance during a particularly lively act. (Seriously, she berated her after less than 60 seconds of standing.)

“Are people arguing over the proper way to enjoy live music at Meijer Gardens?” Nature heals! Deep sigh. I hoped that controlling the harmless experiences of others would fall by the wayside into the so-called new normal, but alas.

Collectively, we’ve been away from live music for a REALLY long time. It’s good to get up, let go and indulge in less than rhythmic dances in public. Musicians dig to see people enjoy their music. To promise.

That said, the crowds two-thirds of Sunday seemed to enjoy and really love the music, albeit in its low-key way.

As we adjust to see things beyond the narrow confines of our screens, we hope to be able to relax for the remainder of this abridged two-month season. Happy to see you again.

A legacy of hope, creativity

Backyard Brats & Blues, a fundraiser for the arts on Grand In Spencer, to be held this Saturday, July 24