It is a difficult situation for Gilmore Music after its owner and operator, Clint Gilmore, died of cancer in November 2020. He was 70 years old. Clint’s wife Linda has since stepped up to run the business, but after six months Linda said she wasn’t sure how long she can keep it.

Whether the relief comes from a community intervention, a new buyer, or a generous benefactor willing to fork out the funds to keep the store operated by its current staff – as Linda crosses her fingers for – is up to anyone. But ultimately, Linda hopes that Clint’s store and legacy can continue.

“If it’s not sustainable, I’ll have to liquidate. It is not an easy thing to go through. It’s not even an easy thing for me, and I have a masters degree for Godsakes, ”said Linda. Before taking over the store, Linda worked as a special education teacher. “Clint knew how to do it. He was a good businessman.

Glenn Gilmore, Clint’s father, a longtime musician, opened the music store on Seventh Street and Cherry Avenue in 1946, just five years after he married his wife, Esther. Over the years, Glenn Gilmore has carved out an excellent reputation for his instrument repair work.

The interior or Gilmore Music in the mid-1950s. Clint, a young boy at the time, sits behind his father Glenn, who addresses the crowd of musicians. The musician to the left of the image, playing the clarinet, is New Orleans jazz musician Pete Fountain. Image courtesy of Linda Gilmore.

Clint and his older brother, Greg, grew up helping their father run the business. But in his spare time, Clint played with his band, Bittersweet Seven. 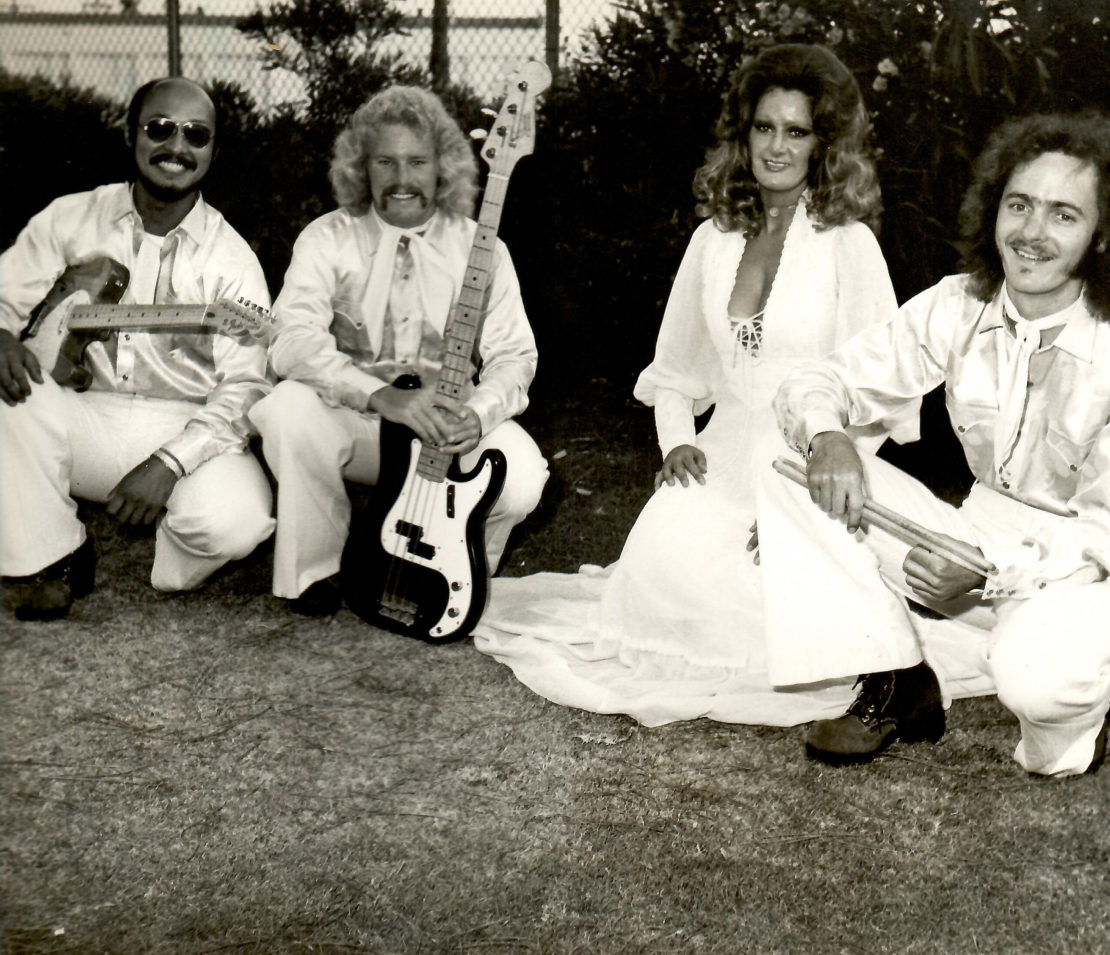 When Clint took over his father’s shop in 1988, he had big plans. He expanded his inventory, adding a more diverse line of instruments ranging from ethnic sets to electronic sets, and built a recording studio at the back of the store. Gilmore Music quickly became the one stop shop for all musical needs.

“It was the store to go to at one point,” said Antoine Arvizu, drummer and owner of Compound recording studio.

In the early ’90s, Arvizu said he spent a lot of time in the Gilmore Music studio, working for almost five years as a part-time sound engineer for Clint.

“It was a fun little room and it reminded me of those high school music rooms in the ’60s where they had this acoustic wall panel with little holes in it,” he said. “Clint was a funny cat… easy to work with. “

While working at Gilmore’s Arvizu, he met local musician Ikey Owens, the Grammy Award-winning keyboardist best known for his work with Jack White and The Mars Volta. Arvizu said Owens recorded his debut album with his band, Pocket Lent, in the studio.

“It turned into a 25-year filming relationship with him,” Arvizu said. Owens died in 2014.

Gilmore Music has seen its fair share of top performing musicians visit the shop over the years, including members of the Long Beach bands Sublime and War, Danny Elfman, Jethro Tull guitarist Martin Barre and Melissa Etheridge, who at early in his career, frequently playing alongside Que Sera. 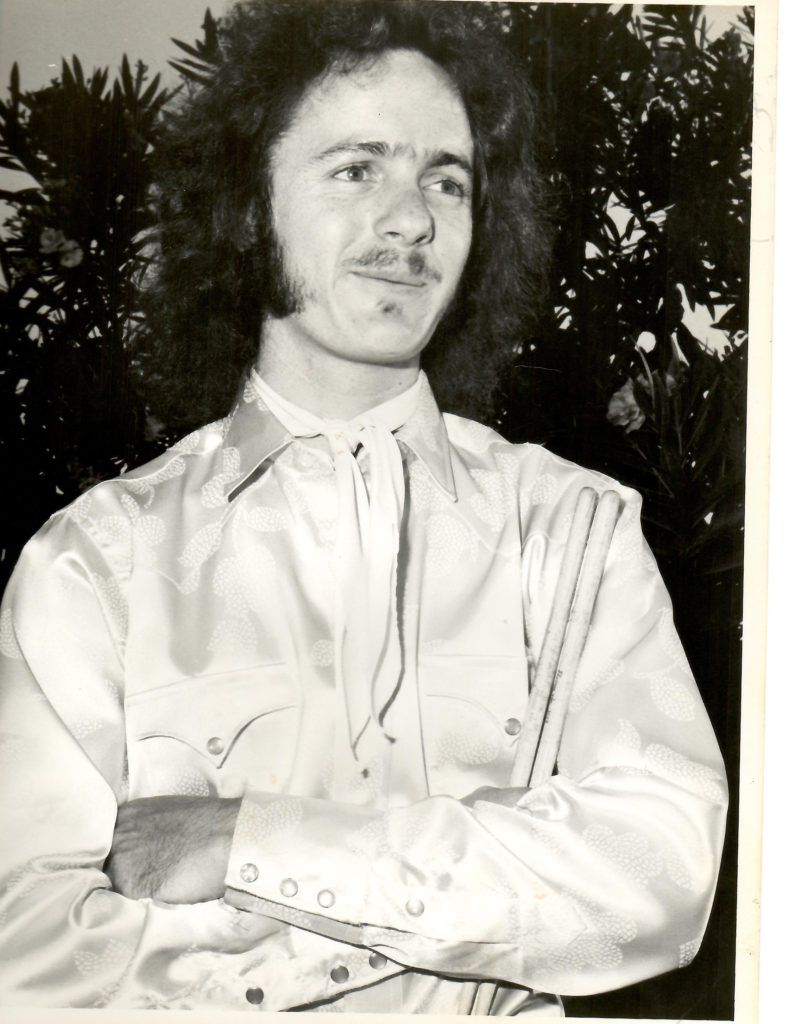 Clint was considered to be an instrument repair scholar, able to fix anything, Linda said, adding that he would use the same 1900s tools that his father and grandfather used to fix them. instruments.

“Clint was brilliant,” Benz said and recalled a memory she shared with Clint regarding an alto saxophone that she had repaired. “He churned out the name of the company, where the company was located, in what state, it was like a little history lesson on that alto sax at a pawnshop.”

“That’s what he really loved, it was the repair part, more than anything,” Linda said of her husband. “Brass was a bigger challenge than he really looked forward to. After straightening all the dents and polishing it everything was in place and working, he was so proud of it.

Local blues and Americana musician Mike Malone, who recorded the premiere of his music at the studio inside Gilmore Music, said he remembered Clint as “super dry, you know, deadpan” but always remembered asking about his son, who picked up his first violin from Gilmore Music when he was in college.

Clint also had a weakness for helping people, Malone said, and would give him the “brother’s bargain” when he needed to buy harmonicas. For 15 years, Clint supported the Jazz Angels, a non-profit music education association founded by Barry Cogert. Clint has helped with repairs, monetary donations, and even donated instruments to some of the children in the program.

“He loved helping college kids who were interested in music,” Linda said. “It was his thing, every time he advertised [hiring] he was trying to bring in college kids and try to work according to their schedules so that they could make money.

By the mid-2000s, Gilmore Music became the last independent, non-specialty music store in town, overtaking both World of Strings and Whittaker Music in Los Altos. Now Long Beach may have to say goodbye to its musical pillar. 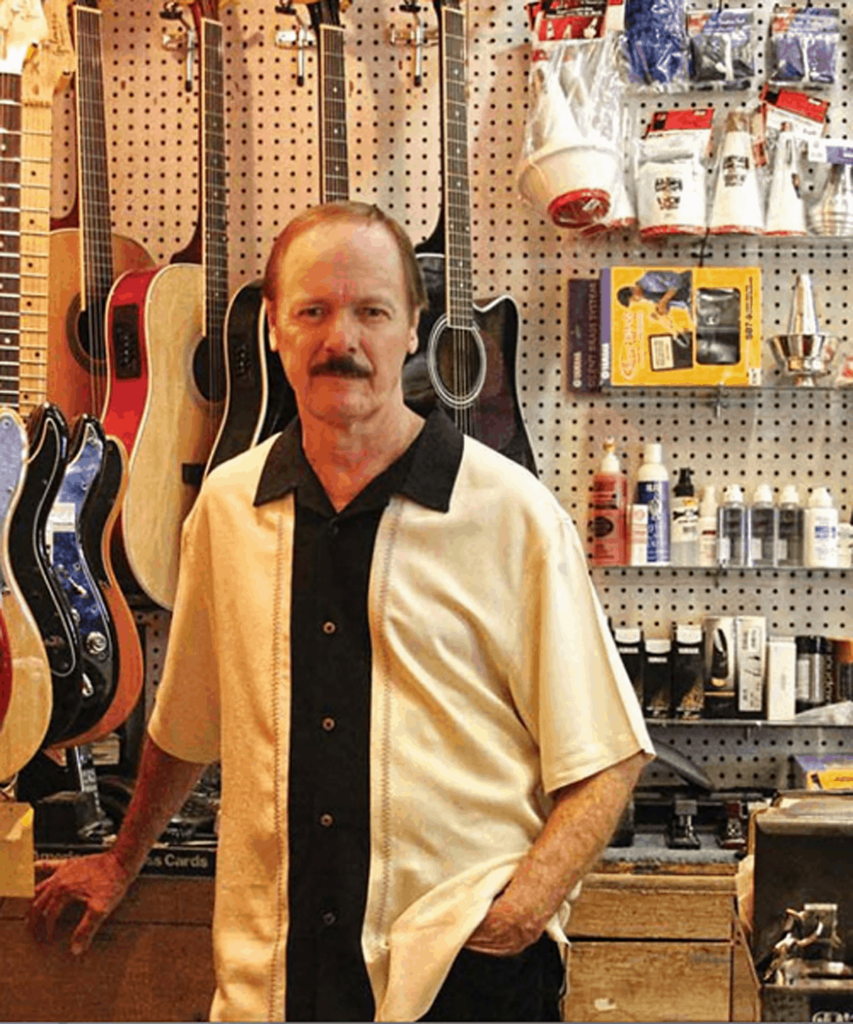 Amy Eriksen, director of the Angels Gate Cultural Center in San Pedro and a former music education teacher for the Long Beach Unified School District, works to help keep Gilmore Music standing. Eriksen said once she learned of Clint’s passing and the store’s uncertain future, she felt compelled to help.

“This is our last music store in town. I think it would be a great loss to our community if we didn’t have one, ”said Eriksen.

Over the past few weeks, Eriksen and Linda have met with various art, music and business leaders in the city to reflect on the potential uses of the space. While Linda ultimately wants to see the store and her husband’s legacy continue, she recognizes the challenge of finding a buyer to run a music store during one of the most difficult economic crises in history.

“I think the goal is to see what the community could do to keep Gilmore’s musical legacy in the community but keep him from having to manage it,” Eriksen said. “I think art and music in this city are very important. I am a product of Long Beach Unified’s love for music.

Arvizu said he hopes Gilmore Music will stay, believing that independent stores like Clint’s Store are the heart and soul of any music community.

“I miss those mom and pop stores,” Arvizu said. “You know, someone who was willing to get up everyday and run a music store, because he loved music. He loved repairing equipment, he loved his customers. He loved the community.

Gilmore is survived by his wife Linda for 37 years; daughter, Ashley; sisters, Laura and Kathy and brother, Greg.

Reading plan to replace the music store with a bowling alley