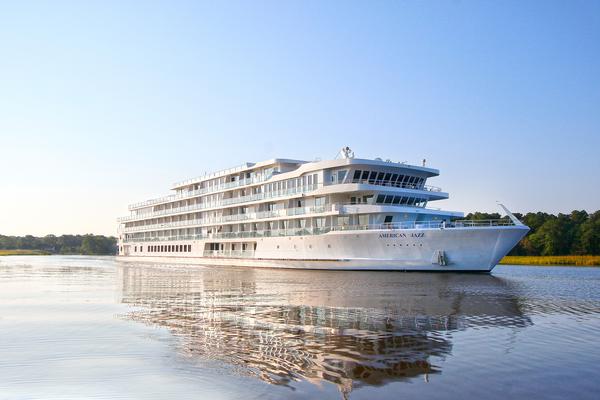 American Cruise Lines said the modern riverboat American Jazz was refloated on July 16 after getting stuck on a sandbar in Lake Barkley, Ky. On July 7.

Once refloated, the vessel was immediately underway on its own. The riverboat is currently undergoing final inspections by the U.S. Coast Guard and, once completed, will continue to Nashville, Tennessee, where its next cruise is scheduled to depart on July 25.

PLUS Cruise Line and Cruise Ship

“American Cruise Lines would like to sincerely thank everyone on the ground in Kentucky for their tireless and continued efforts to bail out American Jazz,” the company said in a statement. “The modern riverboat got stuck on a sandbar in Lake Barkley late last week, during one of America’s eight-day ‘Music Cities’ cruises between Memphis and Nashville.

American also would like to thank the United States Coast Guard for deploying resources, ensuring the safety of the waterway, coordinating efforts with all members of the local community and the auxiliary Coast Guard, and supporting all of the companies that have bailed out. American Jazz. American would especially like to thank the following companies for their expertise, equipment and manpower: DonJon Smit, Florida Marine, Luhr Bros, Moran Environmental, Three Rivers Boat Yard, Lucas Hale, and Haynes Marrs and Associates. “

American Cruise Lines also stated that it “greatly appreciates the commitment of the dedicated crew who remained on board American Jazz, for their initial efforts to disembark all passengers safely and for their continued work throughout. of the week to prepare the riverboat for its next cruise. American could not have done so without the additional support of the following local partners: David Elliott, State of Kentucky Emergency Management Operations, Area 1; David Bryant, Trigg County; and Paula Flood, Deputy Director of Trigg County Emergencies.

How a longtime music director tries to protect artists’ legacy

Pioneer aviator Wally Funk heads to space at 82: “I’m going. This is my quest.”